There’s nothing wrong with historical fantasies, but it’s worth considering how they differ from the reality.

When we watch a movie like Selma or The Imitation Game that is based on historical events, we often wonder how closely they resemble what really happened. It can be a lot of fun to compare the events of the movies to the historical record and point out when the two don’t match up.

At Buzzfeed, Eugene Yang has applied that same logic to Disney Princesses, digging deep into Beauty and the Beast, Sleeping Beauty, Pocahontas, Aladdin, The Princess and the Frog, and Snow White and the Seven Dwarves to determine when and where the films’ heroines lived. Unsurprisingly, their lives would’ve been pretty different in reality than they were in the movies: no harem pants for Jasmine, for one thing.

Yang’s project serves as a reminder of how many animated movies employ historical settings while ignoring actual historical fact. Yet as obviously fictional as most animated films are, they can still influence our perceptions of history—half my elementary school was convinced that Pocahontas and John Smith were romantically involved, when in fact she was just twelve years old when they met.

There’s nothing wrong with historical fantasies, but it’s worth considering how they differ from the reality. The addition of dancing candlesticks and talking parrots is one thing; idealizing the extremely constrained life of a fourteenth century noblewoman is another.

If you don’t know Alphacat by now, get familiar. He’s been killing it on YouTube with his spot on impersonations of old POTUS Barry. But, just this month, he broke the internet with his best-produced and best-choreographed video yet: Back to Back. This video takes Drake’s original diss track and turns it into a response against Donald Trump’s repeated attacks on the Commander-in-Chief.

This video hits on the core controversies of Donald Trump’s rise to prominence: his virulent anti-Mexican statements, his advocacy of family values while being questionable in his own personal life, and his opposition to mainstream conservatives.

This video makes a lot of claims about Donald Trump, as a man, as a candidate, and as a public figure. But it’s not always a good idea to trust the “interwebs” to be completely accurate about politics.

When it comes to politics, it’s always a good idea to fact-check it before supporting a candidate. Finding political facts can be hard because there is so much bias out there, especially on the internet. You would think News sites are a good first step, but even then, journalists and the channels they work for can become bias or even make mistakes and editors can insert their own views. Fact-checking organizations are better, but the best option is to go to the source: the politicians themselves.

Alphacat spit straight bars on this track, riddled with references that refer to many issues going on in recent heated campaign battles. Break down the lyrics in this diss track and see what political facts you can uncover.

For years, teachers and college professors have discouraged students from using Wikipedia as a research source because of the public editing allowed by the Website. If anyone can post on the site, it’s fair to doubt the accuracy of the information.

At the same time as teachers discredited Wikipedia, comedians like Stephen Colbert and Daniel Tosh encouraged their fans to edit Wikipedia to reflect false information. Colbert and Tosh used the Website’s publicly editable content to get laughs.

But while Colbert and Tosh encouraged mostly harmless – albeit hilarious – changes to Wikipedia, other falsehoods on the site have been far more serious.

In a recent online article, Complex counted down the craziest lies in Wikipedia history. (Let’s call them WikiLies for our purposes here.)

Here are the categories into which most of the WikiLies listed by Complex fall:

Haters have used Wikipedia to embarrass the rich and famous, from Drake to the Dutch royal family.

It seems that fans of all sports, from hockey to golf, sometimes take those games too seriously. While some sports fans posted innocent fibs about players from other teams, several athlete-related WikiLies have grown very mean-spirited. Complex describes one hacker who wrote that pro soccer player Ritchie De Laet would “shoot himself” if he ever played for his new team. Repeat after me, guys: It’s only a game.

One of the most popular categories of WikiLie is the fake celebrity death. This includes the reported passings of people like Vernon Kray as well as more popular celebs like Sinbad and Miley Cyrus. Premature reports of Rick Ross’s death take the No. 2 spot on Complex’s list of WikiLies.

Hackers have infiltrated Wikipedia to label actor Gary Oldman as a giraffe and write that the Greek philosopher Plato was a Hawaiian weatherman and surfer. These jokes are stupid but ultimately harmless.

Five of Complex’s top six WikiLies concern political figures. The bogus entries for Sarah Palin and Tony Blair especially confirm what many people have known for a long time: In politics, there are very few rules.

Judging by this history of incorrect Wikipedia entries, it seems fair that teachers require their students to steer clear of the site. After all, you never know when you might be reading a WikiLie.

Is it fair to compare the Black Panthers to a hate or terrorist movement? Let’s look at how they really compare to the KKK and the world’s most known terrorist group, ISIS.

The public reaction to Beyoncé’s Formation video and Super Bowl performance was, well, maybe it’s best to let Saturday Night Live demonstrate it. Among the controversial images are a child not being shot by police, a police car sinking into a storm surge in New Orleans, and, at the Superbowl, a black power salute while wearing black berets, a nod to the Black Panther Party (BPP). 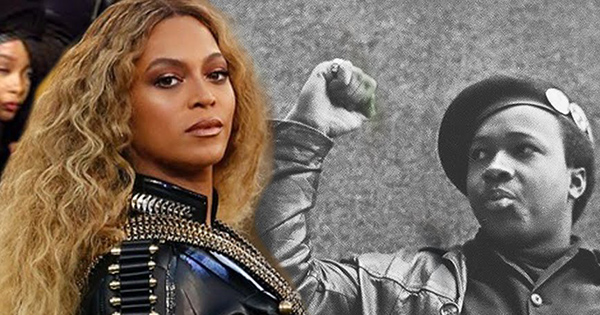 Support for the Black Panthers has stirred a lot of debate, not all of it measured. Newscaster Tomi Lahren referred to the Black Panthers as similar to the KKK. A city councilor for the city of Toronto has asked the Canadian government to investigate Beyoncé for possible terrorist links.

In this lesson, students will look at different document sets, comparing the three organizations on issues such as community service, violence, ideology, aims, the reactions of society, and the roles of women.